Hundreds of thousands of gallbladder operations take place in hospitals across the United States every year. These surgeries, like most others, occur 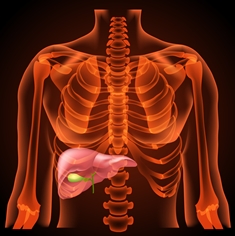 after doctors and patients together discuss symptoms and medical treatment options. For most of the patients, the operation goes smoothly, their pain is relieved, and life goes on in the same manner it always did. For others, however, the process is not quite so easy. Though rare, in some cases, the surgeon can clip the common bile duct. When this happens and it is not addressed promptly, the patient can suffer further pain and even subsequent procedures. Learn more about this surgical mistake and how to spot it.

When a Patient Requires Gallbladder Surgery in New York

Gallbladder surgery, known medically as a cholecystectomy, is an operation to remove the gallbladder from the abdomen. According to the Society of American Gastrointestinal and Endoscopic Surgeons (SAGES), the gallbladder is located beneath the liver and is responsible for collecting, concentrating, and releasing bile to aid digestion. Though the cause is unknown, gallstones can form in some patients. These stones block the flow of the bile out of the gallbladder, causing swelling, pain, and indigestion. Those most at risk for the formation of gallstones include:

Typically, gallstones are discovered with an ultrasound or other scans. Though gallstones are sometimes managed by diet, they will not dissipate once formed, so surgery is currently the standard treatment.

How a Typical Cholecystectomy Is Performed

Today, many surgeons prefer to do what is known as a laparoscopic cholecystectomy. This type of operation is minimally invasive, leaving patients with little scarring and typically faster recovery times. Many patients can go home the same day as surgery.

With the patient under general anesthesia, the surgeon inserts up to four narrow, tube-shaped instruments, including one that holds a camera to view the gallbladder. With these tools, the surgeon separates the gallbladder from other body structures and pulls the organ out through one of the openings. After the operation, bile should flow from the liver through the common bile duct to the intestines. The SAGES recommends a laparoscopic procedure over an open procedure, in which a large incision is made in the abdomen.

There are a number of noted possible complications of gallbladder surgery. These complications are similar to the risks posed in any operation, and include:

Injury to the Common Bile Duct During Surgery

Though it is considered a rare complication, the SAGES does note that as the use of laparoscopic gallbladder procedures has grown, so has the number of common bile duct injuries. If the surgeon recognizes the problem as it happens, he can take corrective steps or call for additional help. When the surgeon fails to see the injury or ignores the danger, the consequences for the patient can be severe. Common bile duct injuries can be “life altering,” according to the SAGES. The injuries are painful and can require corrective surgery to repair. In some cases, the patient needs tubes to be placed to drain the bile from the body temporarily.

Some symptoms that may indicate the common bile duct has been injured include:

It can be difficult to know if your bile duct injury was an unfortunate complication of surgery, or if it constitutes medical malpractice. An experienced attorney can help patients obtain their records, talk to experts, and determine what legal options exist.If you or someone you love has suffered a common bile duct injury, you may be entitled to compensation. Victims can recover money for medical bills, lost wages, pain and suffering, and more. Call New York personal injury lawyer Gerry Oginski today at (516) 487-8207 to learn more about your rights under the law and schedule a free, no-obligation consultation.