Virtual Reality in the Courtroom. This is the FUTURE of Trial Law. This is Where Cases Will Be Fought. Want to Learn How? Keep reading... 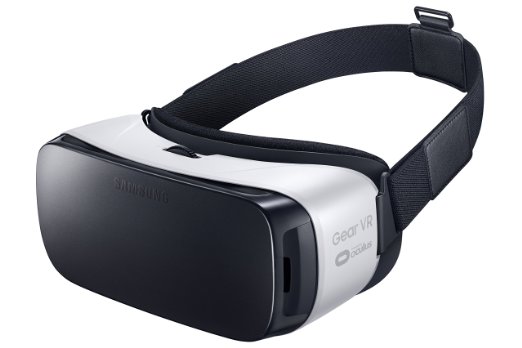 You're summoned for jury duty.

That dreaded jury notice telling you to call in the night before you're scheduled to arrive for jury duty.

That robotic message telling you if your presence is required.

Turns out it is.

But, you're happy about it.

You don't have to trudge into the court house at 60 Centre Street in downtown Manhattan.

You don't have to commute to 88-11 Sutphin Boulevard in Jamaica Queens using 3 cross town busses and walking five blocks.

You don't have to brave the elements to take the number 4 subway to Grand Concourse in the Bronx to appear for jury duty.

You don't have to shlep down to 360 Adams Street in Brooklyn to wait on a security line that stretches down the block.

You don't have to do any of that.

Because the future of trials in New York is (ALMOST) here.

The next morning, instead of getting dressed and trekking to a court house you've never been to, to sit with hundreds of strangers in a large ugly room called "Central Jury," you'll be sitting in your pajamas on your living room couch ready for jury selection.

You will have used your smartphone to log into the jury selection and trial court system.

Once logged in, you will be instructed to mount your smartphone into a virtual reality headset, provided to you at no charge by our lovely court system.

You'll quickly see how disorienting things get while wearing a VR (virtual reality) headset, especially for those new to this.

You'll be given a quick tutorial by a super pleasant, super friendly young woman who easily guides you around the virtual court house while wearing your vomit-inducing goggles.

In the event you need to throw up your breakfast, there's an easy pause button on the system to alert the court that you are temporarily away from your headset.

Video developers wanted to create simple emojis or icons that jurors could press to alert the court and attorneys why they stepped away.

One icon was a vomit button.

Another was a bored emoji.

Another was an angry emoji.

The developers came up with ten 'emotion' buttons that would help jurors communicate with attorneys, witnesses and the judge.

After learning how to control your eye and head movements to prevent vertigo and that constant feeling of nausea, you are brought into a virtual jury room.

It's a beautiful courtroom.

You see there are 30-40 other virtual jurors there too.

When you look around, you can actually communicate with them by talking.

Shake your head up and down.

They are not stick figures.

Not perfect but pretty darn cool.

You're still wondering how this will really work.

Will the audio work well?

Will the video truly give you a sense that you are 'in the room' as this is happening?

You wonder if all these other jurors in this virtual reality jury room are also sitting in their living room in their pajamas, ready to do their civic duty.

You can hear everyone beautifully.

His walk is slightly computerized and his gait awkward but you get the sense that someone important has entered the room.

All the jurors have stopped talking.

He is carrying a briefcase that he puts on a table.

"Welcome to jury selection everyone! My name is Gerry Oginski. I am the attorney representing Mrs. Jones, an injured patient who has brought a lawsuit against her careless doctor, Dr. Inattention. I'm going to be asking you some questions today to see if you are the right juror to sit in judgment in this case.

After I am done, my opponent, Mr. Nastee, will get to ask you some questions as well.

My goal is to learn a bit about you.

Where you come from.

What do you do.

Is there anything in your background that would cause you to lean in favor of or against one of us in this case?

There's no audio or video lag.

That means things are happening in real time.

That's remarkable from a technical standpoint.

You learn later that each of the attorneys are sitting at their desks in their own respective offices in different parts of New York.

Just like you, they are sitting, or standing, with the same virtual headset on as you are.

It's as if you're all in this big room in the court house picking a jury on this medical malpractice case.

Yet nobody involved is in any court house.

Not in the real sense.

Imagine how this would continue.

Questions would be asked of jurors.

Some jurors would be selected.

Others would be excused.

Let's take this to the next step...

The virtual jury is ushered into the virtual courtroom.

The court officer commands "ALL RISE! The Honorable Judge Johnny B. Goode presiding. BE SEATED and COME TO ORDER!"

Everyone stands when the Judge enters and takes the bench.

The Judge welcomes everyone to this virtual courtroom.

He tells you that he is sitting in the real court house in his private chambers wearing the same VR headset as you are.

His law clerk who will be helping him during this trial is also present.

His clerk waves and everyone waves back.

The Judge gives everyone preliminary instructions.

The most important instruction is what happens if a juror, a witness, an attorney or the judge has to use the bathroom.

The next instruction has to do with what happens if you get nauseous while wearing the VR headset.

After the initial instructions, the Judge signals to me to begin my opening arguments.

Since we're dealing with virtual and augmented reality, I prepared a special short video clip of the medicine to show you, in detail what our claim is.

This case involves a failure to diagnose a perforation during a colonoscopy.

As a result, the patient became horribly septic and died days later.

There is video of the colonoscopy.

You, the jury, are going to see exactly what the gastroenterologist saw as he's performing the colonoscopy procedure.

That means, using your VR headset, you're going into the patient's colon on a brief journey.

You're going to see exactly where the perforation was made.

You will see and understand exactly why the GI doctor should have recognized the hole that was made.

You will learn what he should have done.

What should have been done to fix it.

How easily it could have been fixed had it been recognized at that time.

You will be going inside this patient's body to see for yourself whether this doctor violated the basic standards of medical care.

Never having to leave the comfort of your living room couch.

Never having to change out of your pajamas.

Yet still doing your civic duty of being a juror.

Never needing to venture to a real court house.

Never needed to commute to court.

Never needing to sit in a large courtroom with poor acoustics and poor lighting.

This is just the beginning of virtual reality in the courtroom.

Virtual reality is just taking off.

For companies who are on the cutting edge of technology.

Unfortunately, that means it will be many many years before it begins to make its way into the court house in New York.

The court system is a very slow adopter of new technology.

Because of how slow adopting new technology is in the legal field, I imagine it will take at least 8-10 years before we ever see virtual reality used efficiently in lawsuits involving accidents, medical malpractice and wrongful death.

Imagine if you could view the road someone was on just before they were involved in a car accident.

Imagine visualizing the intersection where a left turn collision happened.

Imagine being able to look over the shoulder of an emergency room physician as he's performing CPR.

Imagine being there as the autopsy is being done to determine exactly what was the cause of death.

The possibilities are endless.

The day will come when jury selection happens in a virtual courtroom.

Where jurors do not have to travel to court.

Where attorneys do not need to leave their office.

Where the judge conducts his trials from the comfort of his own private office.

This is the future of trials here in New York.

They're worried what will happen to their jobs and the way they do their jobs if this becomes a reality.

They're worried if this will work.

They're worried about the technology.

They're worried about how secure the proceedings will be.

This will all be new.

This is the future of the practice of trial law.

I believe it will work.

Not perfectly at first.

But it will improve.

Lawyers and court staff will get used to it.

There will be a lerarning curve.

Once it takes off, it will become the norm to have virtual trials.

That's what I think.

Let's revisit this in five years and see what progress there's been.

Give it ten years, and you'll see others talking about it as if it's the newest greatest technology to arrive.

But that's the legal system.

To learn why reading your opening argument in a medical malpractice case is a bad idea, I invite you to watch the quick video below...